We use cookies to provide you with best experience on our website, as well as the use of a shopping cart.
By continuing to use our website, you agree to our cookie policy which can be found here.
Home » Bird Guide » Linnet 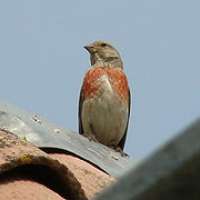 
The Linnet is a small, slim finch, widely distributed, and once very popular as a cage bird because of its melodious song. Males are attractively marked with crimson foreheads and breasts, females much browner.

It can be flighty and has an undulating flight, usually twittering as it flies. Now it is declining, in common with many other birds which use farmland, and is a Red List species.

The Linnet breeds manly on farmland, and is nearly always seen in pairs, or in family groups. They feed mainly on the ground, on stubble and other winter fields amongst finches and Buntings, eating small to medium weed seeds, (nestlings as well).

The linnet derives its scientific name from its fondness for hemp and its English name from its liking for seeds of flax, from which linen is made. They are sometimes found several hundred miles at sea.

In Britain populations are declining, mainly due to the use of herbicides, aggressive scrub removal and excessive hedge trimming, its population fell by 56% between 1968 to 1991. This was probably due to decrease in seed supply and increasing use of herbicide being two of the factors. 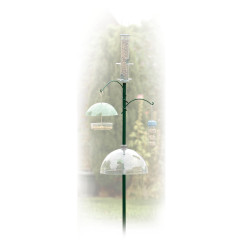